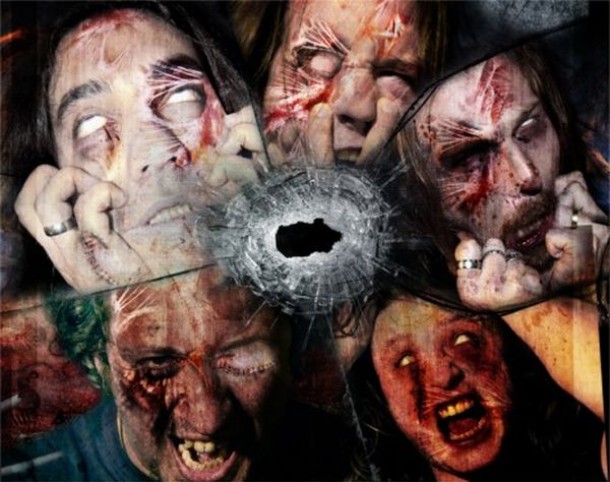 Methedras is a Thrash-Death-Killing-Machine born in 1996 and combining a classical bay-area thrash metal attitude with a modern and most typical death metal style.

During the first years, several demo & promo CD’s were released, leading to good and appreciated reviews in the whole Italian territory. After these releases, the band main interest focused on promotion through frequent live activity, leading to directly open for bands like Entombed, Tankard and Carnal Forge.
2004 saw the release of the first full-length album, Recursive. The album summed up the experience the band reached during the first ten years of activity, directing into the songs featured a huge amount of energy and rage, fed by a substantial dose of bay-area thrash metal, rendered in a more cynical and grimmer way, leading the band to sign with the Belgian Hardebaran Management an exclusive distribution & promotion contract for the whole Europe.

In 2006, Methedras released the second chapter, named The Worst Within, an album much more technical, aggressive and death-oriented rather than the predecessor, full of multimedia content (live videos from 2004 Wacken performance plus a making-of video), presented in advance on the march issue of Metal Maniac, one among the most important Italian magazines, with a free promo CD attachment for the readers.
Recently Methedras 2004 appearance at the renowned German Wacken Open Air (where the band set at the second place within an international contest), 2005 performance at the Slovenian Metal Camp, 2006 and 2008 opening for the Italian leading Evolution Festival, as well as a 2008 UK & Ireland tour supporting Swedish death metal master Dismember, and a couple of 2008 Italian tours with the surprising thrash-corers Hatesphere and the mighty British thrashers Onslaught, further enhanced the band international publicity.

In the middle of 2008, Methedras signed with Punishment 18 Records, a solid Italian indie label interested in the most surprising and powerful undeground bands, under which Methedras released at the end of February 2009 the new third album, named Katarsis, in the purposes completely different from all the previous releases, expecting to bring the band name as far as possible.

Few months after this new release, the band toured the whole East Europe directly supporting the German thrash-master forefathers, the legendary Destruction, in such unusual countries like Austria, Slovacchia, Romania, Bulgaria, Grecia and Serbia. In June of the same year, Methedras played also at the Italian Hellbrigade Fest, where the headlining acts were the American thrash-legends Whiplash, for the first time appearing in Italy, and the thrash-power band Artillery from Denmark.

After some line-up changes, the band toured again during the whole 2010, first supporting the finest American thrashers Heathen, on their Italian leg of the Chaos In Europe tour, with an epic performance in Milan on the Italian closing show, and after the summer, gigging together with the Swedish thrashy legends The Haunted, hitting Italy again and playing also at the Total Metal Fest 2010, with other great acts like Primal Fear and God Dethroned.

At the end of October of the same year, Methedras supported also one of the most brilliant and promising German thrash-death killer squad – Dew Scented – in a couple of shows during their Italian tour.

2011 saw the increasing of Methedras’ live activity, the band in fact played almost all the main Italian open airs like Metal Valley with Deicide, Maximum Rock Fest with Sepultura and Rock Hard Fest with Coroner headlining, finding also the time for a fly-in slot at the great OST Mountain Fest in their beloved Romania and opening for their long-time UK friends Onslaught.

At the end of this year, Methedras celebrated a big step in their career, having a great 15th-anniversary party in their home-town Bergamo, where the band shared the stage with the Italian top-metal-act Sadist and their close-friends Aneurysm.

In the next year, 2012, the band decided to start creating some brand new songs for the successor of Katarsis, planned to be released later at the and of the year. During the summer of 2012 Methedras took a break from rehearsal arriving to touch the sky with a finger!

The Italians in fact realized to open for those among their best metal-heroes ever: Exodus for a couple of shows in Bari and Rome, Overkill at Bol ‘N’ Rock festival in Sardinia, and the legends Testament at Total Metal Fest, in the meanwhile become the hottest festival in the south of Italy.