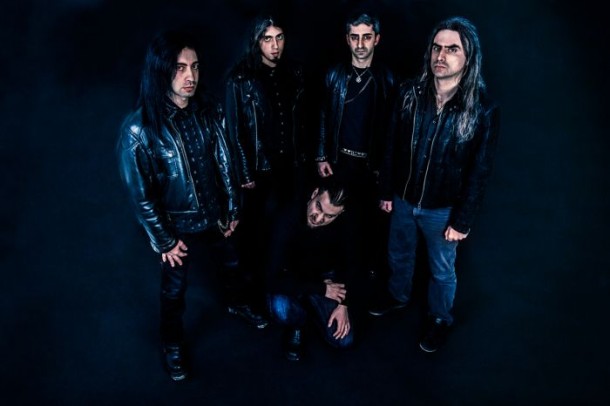 In 2003 the band arose from the ashes of the power-prog band called Hollowearth, among whose members there were Fabiano Romagnoli and Cristian Antolini, the founders of the current band, now together with Filippo Palma,Emiliano Pacioni and Alfonso Corace, who have joined the band in these 10 years of the band’s activity. The power-prog core is the strong point of the band combined with the use of clean vocals, apocalyptical sinths and blast beat.

In 2003 the first demo entitled “Evolution Plan.txt” was released and then in 2004 the second self produced demo “Bio Ashes Halo” saw the light.

In 2006 the band got in touch with the Greek label Burning Star Records for the release of the first full-length “Hydrodynamic Wave”.

The debut album was very well welcomed by the audience and medias, even though the most of those in the know used the slogan “a band that came out from nowhere” remarking the fact that the first deal and consequent debut album came without having never played live on stage. Really a mere studio band.
“Hydrodynamic Wave” became the very best seller of the label, to which followed a promotional tour in Greece, where the band played a few shows, including the Metal Healing Festival in Xanthi, during which Lunarsea had the chance to share the stage with other great names of the European metal scene.

In 2007 Lunarsea won a contest to gain a spot in the Gods of Metal lineup of said year. The show at the festival was remarkable.
Then the band realized their first official video for the song “Beside The Driver”.

In 2008 the band began to work at the second album entitled “Route Code Selector”, released in 2009 through the Italian label Punishment 18 Records, that recruited the band after listening to the first album.
A second video was shot  for the song “Metamorphine” and this new band effort was well welcomed by all medias aswell.
The band decided to focus on to live shows, after the realisation of two demos and two full-lengths, during the first 6 years of their own life.
Indeed between 2009 and 2011 the band had a very intense live activity: 80 shows in different countries such as Greece, Slovenia, Germany, Czech Republic, Hungary and off course Italy.
Lunarsea shared stage with great and famous band like Rage, Insomnium, Orphaned Land, Obscura, Darkane, Dark Tranquillity, Nargaroth, Ektomorf, Sinister, Leave’s Eyes, Aborted, Dark Funeral, Asphyx, Primal Fear, The Haunted, Septic Flesh, Firewind and many more, and worked with Kick Agency,  Machada Promotion, Alkemist Fanatix  and Nadir Rock to promote and organize their events.

Lunarsea won the contest directly organized by Century Media to open the gigs  of Bologna and Rome during the tour “Where Death Is Most Alive Tour” of Dark Tranquillity and Insomnium in October 2010.
2010 saw the release of the first unofficial dvd of the band, shot in 2009 during the Nihil Extreme Festival in Milan.

In 2012 the band starting working on their third studio album and renewed the collaboration with Punishment 18 Records, which acquired all rights of the first album and decided to reissue the first two albums, availing the collaboration of European distributors, and,  for the very first time, American distributor between which Century Media listed both Lunarsea titles in its official store catalogue.

[   Hydrodynamic Wave  “Reissue of Lunarsea's acclaimed 2006 debut. Coming out of seemingly nowhere with a very, very impressive melodic death metal album that year, it's about time this 11-song master work”
Route Code Selector  “The second album from Italy's finest melodic death metal band, and a step up from their already very impressive debut. This is how the stuff should be played: with power, with atmosphere, with melody and plenty of ferocity and energy!”   ]

Third studio album titled “Hundred Light Years” has just been released on May 2013: it was conceived as a concept album and it is made up of 10 songs, with the collaboration of some precious and talented guests such as:

The album has been recorded and mixed at OuterSoundStudios of Giuseppe Orlando (where the band recorded also the first two full-lenghts) and it has been mastered by Jens Brogen at Fascination Street in Sweden.
Elements such as growling, screaming, clean vocals, blast beat, synths and tipically power-prog riffs are the core and the peculiarity of Lunarsea style and soul.