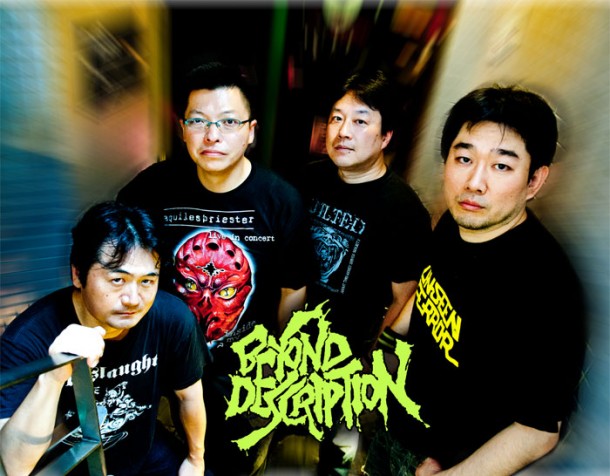 Beyond Description was formed by all different members except Hideyuki Okahara (Vocal) in 1988. At first they started their carrier as a hardcore band inspired by legendary Japanese bands like Outo, S.O.B. Zouo, Mobs and also European bands like Ripcord, BGK and so on. After releasing some demo cassettes, they released debut 7 called ìMore Power To Your Elbow!î from Desperate Attempt Records (US) in 1992. It got many cool reactions from Zines and radio stations from all over the world.  And they started to play shows quite often. In 1997, Anomie records and Boot Down The Door (Germany) made their first foreign tour in Germany. After that they toured Germany again in 2005 and Italy in 2006. Every tour succeeded. After some tours, they began to adopt 80ís metal/thrash/crossover factor and have begun to grope for an original style of their own. They started to record their 5th album called ìThe Robotized Worldî in Studio Life from summer of 2016. And finally they finished all work in 2016 the end of the year. But they continue struggling without taking a rest!