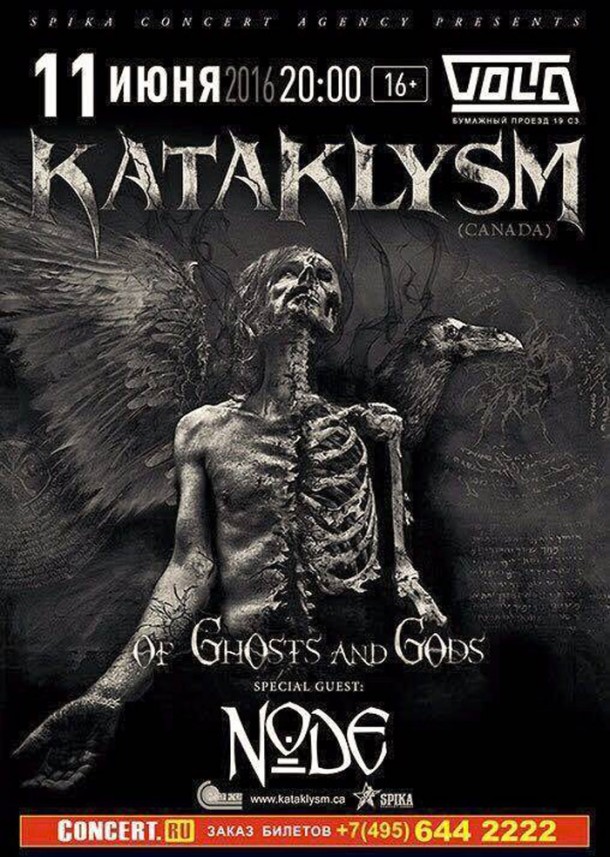 Node To Support Kataklysm in Russia!

Italian legendary Deaththrashers NODE, who recently signed with ALPHA OMEGA Management, are confirmed as support act for KATAKLYSM on their Russian shows in June. Check out the details below.

Comments the band:
“We are proud and happy to inform you, that the band will be the supporting act of KATAKLYSM during the “Of Ghosts and Gods” tour in Moscow and St.
Petersburg.”

NODE are scheduled to release their brand new sixth studio effort titled “Cowards Empire” at the end of April, 2016, via Punishment 18 Records. The album will contain a DVD with excerpts of the 20th Anniversary concert of the band, which took place on March 15th, 2014.

A little sample of the DVD can be seen here: https://www.youtube.com/watch?v=uvmN5PPr2WA