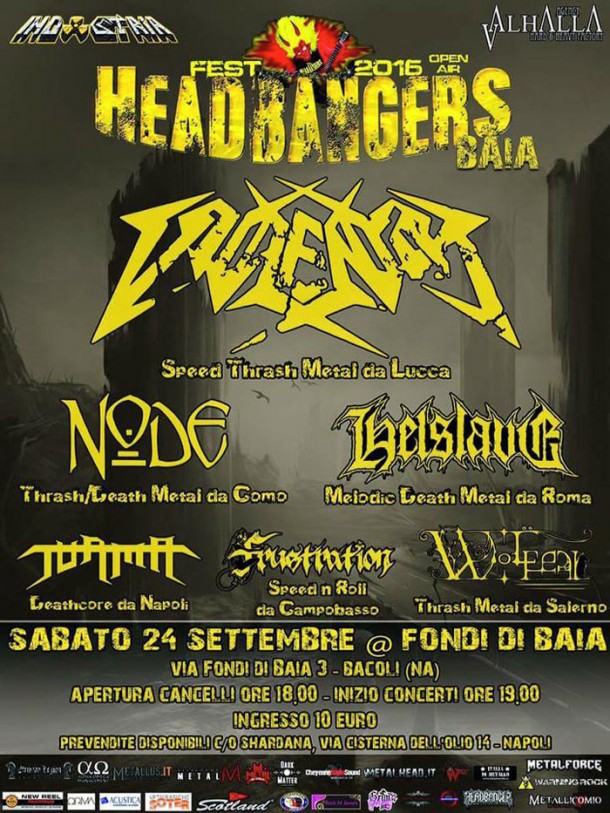 Node: to co-headline the Headbangers Baia Festival in Naples!

Node stated:
“We played in Naples exactly 10 years ago, so we’re really thrilled to return there after a decade with our new material! It’s gonna be a blast!”