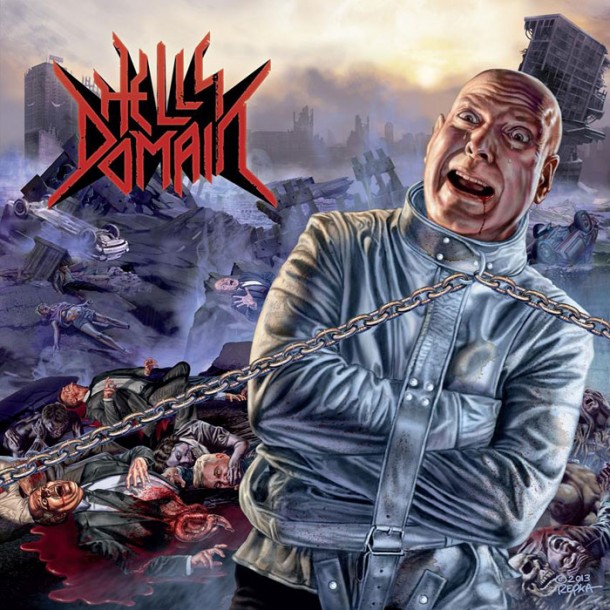 The new album by the Danish Thrash Metal band “Hell’s Domain” is currently on work by the renowned producer Tue Madsen. The CD will only contain new songs. At the same time, the band’s has released the cover artwork, created by Ed Repka who already worked for bands such as Megadeth, Death, Massacre, Atheist, Defiance, Vio-Lence, Uncle Slam and many more. The album will be released via Punishment 18 Records.