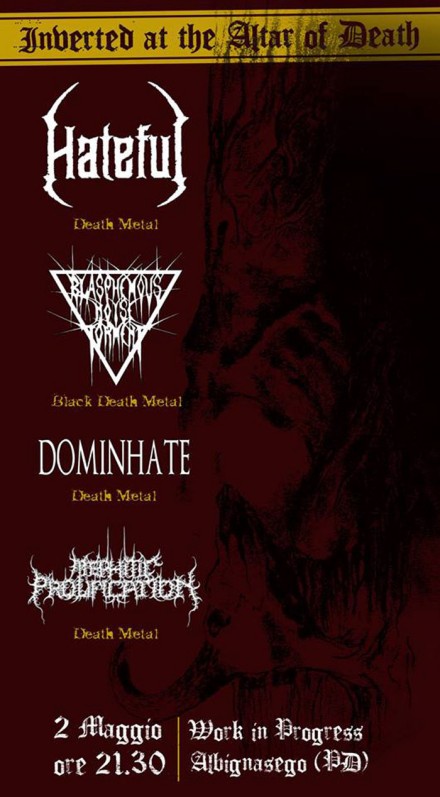 Hateful and Dominhate: Live at Work In Progress Live Club

Punishment 18 Records have just announced a date for two of its roster bands. Deathsters Hateful and Dominhate will hit the Work In Progress Live Club stage (Albignasego, Padova, Italy) on next May 2nd for a bloody show with no mercy! Gates will open at 9.30 p.m. – Hateful – www.facebook.com/hatefuldeathmetal – Dominhate – www.facebook.com/Dominhate [...] 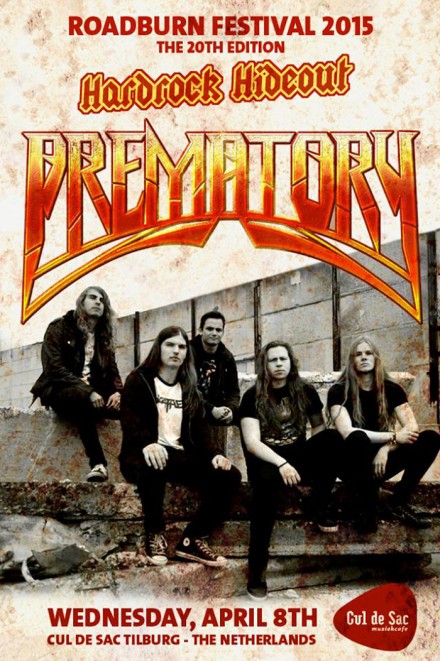 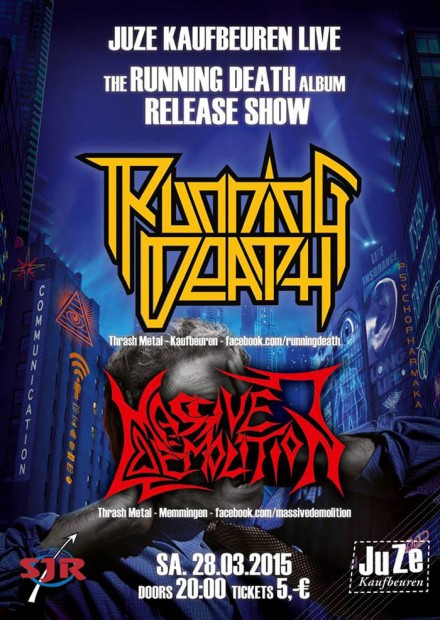 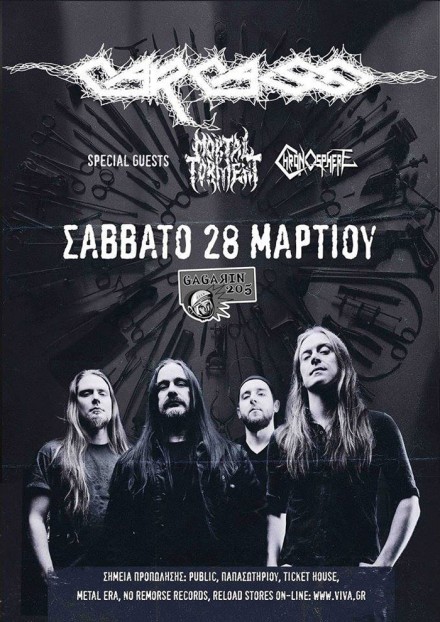 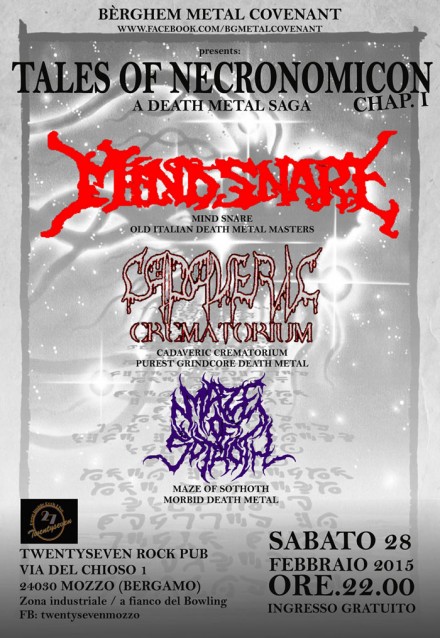 Mind Snare and Cadaveric Crematorium Live at “Tales Of Necronomicon”

Punishment 18 Records have just announced a date for two of its roster bands. Mind Snare and Cadaveric Crematorium, plus Maze Of Sothoth, will hit the stage for the TALES OF NECRONOMICON CHAP. I – A DEATH METAL SAGA at Twentyseven Rock Pub, Via del Chioso 1, 24030 Mozzo (Bergamo) on February 28th. Event has [...] 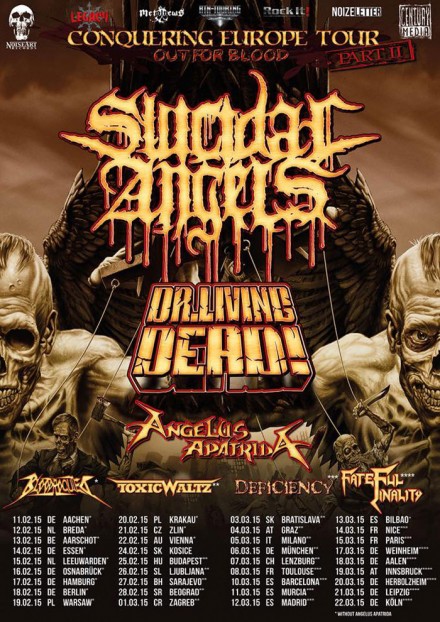 Belgium thrash metallers Bloodrocuted has announced dates for the upcoming 2015 tour, supporting their upcoming new studio album that will be released by Punishment 18 Records. The band will share the stage with Suicidal Angels, Angelus Apatrida and Doctor Living Dead. The tour starts on February 11 in Germany and includes 13 shows across Europe. [...]