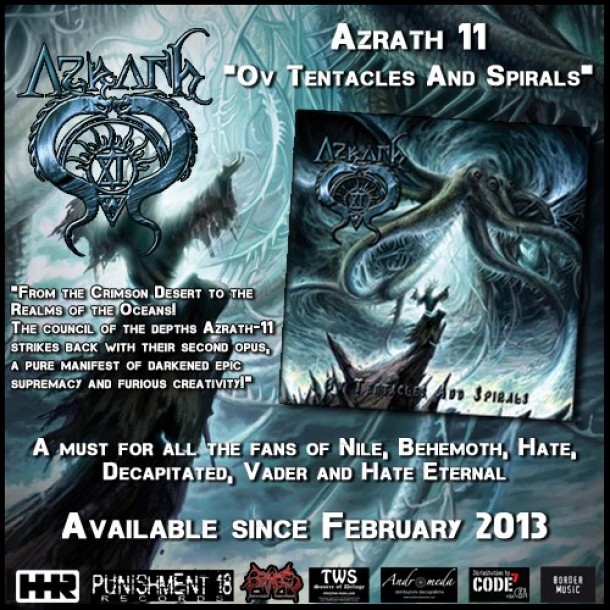 Italian blackened metaller Azrath-XI have posted on YouTube the streaming of a brand new song that will be contained on the band’s second new full-length titled “Ov Tentacles And Spirals”. Cover was created by artist Marco Hasmann, famous to have worked for band like Blasphemer, Collapse Within, Fleshgod Apocalypse, Septycal Gorge, Stillness Blade, Vile and many more. The new album will be release on February, 23 via Punishment 18 Records. “Ov Tentacles And Spirals” tracklist: