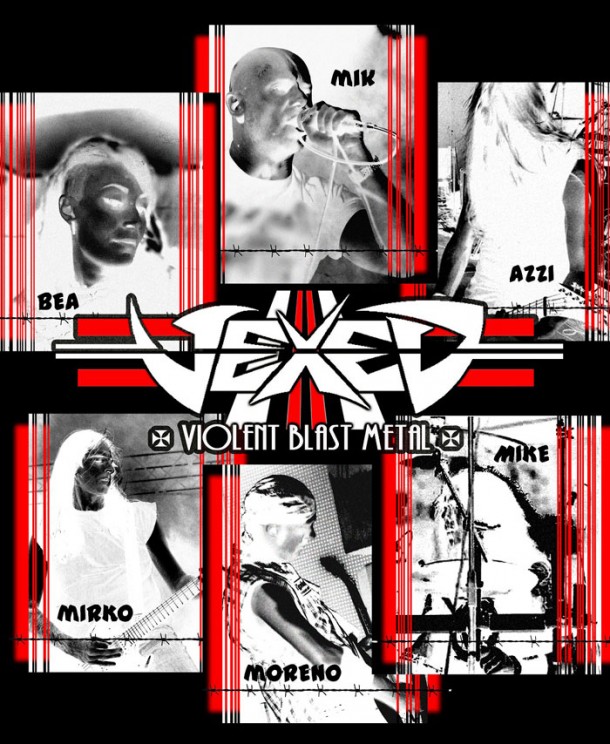 1996 x Vexed were formed by Mik with the intention to aim to a devastating black/thrash metal bastardly old school.

2000 x more songs were composed and recorded / mixed by john from Necrodeath at “Dynabyte Studio”,; the tracks recorded have been destined for promotion, receiving good feedback and reviews anywhere. From this promo, the band has released: “Endless Armageddon” (2002) on Witchhammer prod., “Blood upon the Void” (2001) on Anger Music and a split version of this, with the brasilian thrashers farscape (2001) on Deathstrike rec.

2001 x recordings for a split with Hatework. Took place. The two bands decide to especially compose some material bound to give value and honour to italian metal underground scene.

2005 x after five years in Vexed, claud left the band for internal problems.

2006 x the band has recorded the fourt full length album. Called “Hellblast Extinction”; Vexed has recorded too some last gigs, for releasing the new dvd planned for end 2006. Both works will be released for feasting the first 10 years of Vexed.