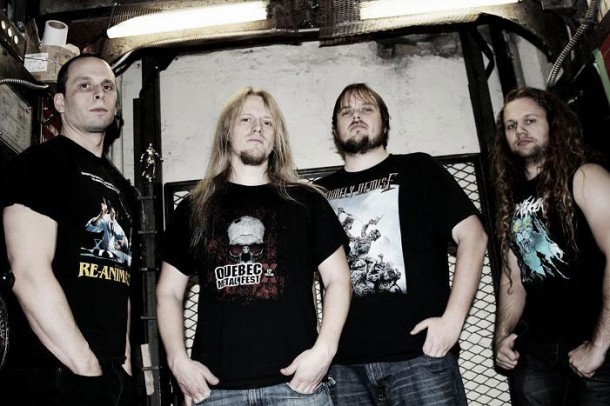 The Thrash/Death-Metal band ‘Untimely Demise’ was formed in April 2006 in Saskatoon, Canada by brothers Matthew and Murray Cuthbertson.
The group has made their mark on the metal music scene by incorporating the influences of genre-leaders Megadeth, Death, Arch Enemy, Testament, Exodus, and so forth into an ambitious package that places a paramount focus on guitar-work and musicianship.

Among these accolades the band was nominated for a Sirius XM Canadian Independent Music Award for Metal Group of the Year in 2012.
The band has plans to begin touring Europe with the release of their new “Systematic Eradication” album.