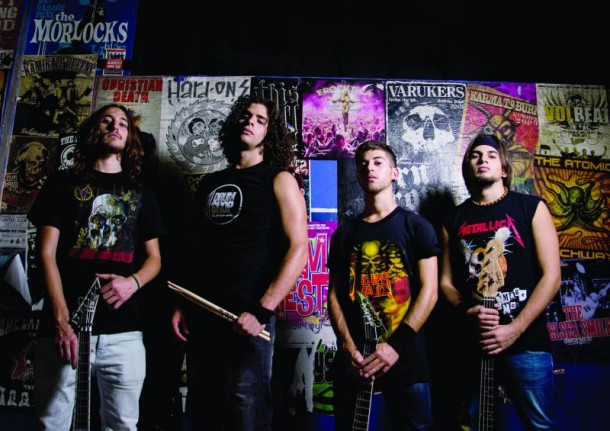 2013: thirty years after the revolution started by the masterpiece “Kill ‘Em All” by Metallica there’s still someone able to keep the spark of Thrash Metal alive.

This is not some old band, not even any trendy reunion. This is a band made by four young kids from Italy, in their early twenties. Just kids. But they sound pretty much grown when they shred those guitars, hammer those drums and scream their songs on that mic. Kids playing a dangerous adult game, with the highest levels of skill and passion. They play pure Thrash Metal. They do it so hard that all bands they had the honor to support live were impressed.

They are the Ultra-Violence!

Every music genre, every heavy metal branch has some well marked boundaries, and these boundaries are the guidelines used to define artists and their works.

Ultra-Violence is a band that took those guidelines as a starting point to express themselves. This is the key: they are not trying learn any old lesson and simply repeating it. They are good enough to feel it inside, to know the rules and dominate them, shaping them the way they like. Fast and killer riffs, granitic rhythmics, aggressive lyrics…nothing was left to chance.

Their new album: “Privilege To Overcome” is here to show that all the barriers of time may be destroyed and these kids are completely focused on it. Their music will sharpen you up and make you ready for a bit of the old Ultra-Violence…