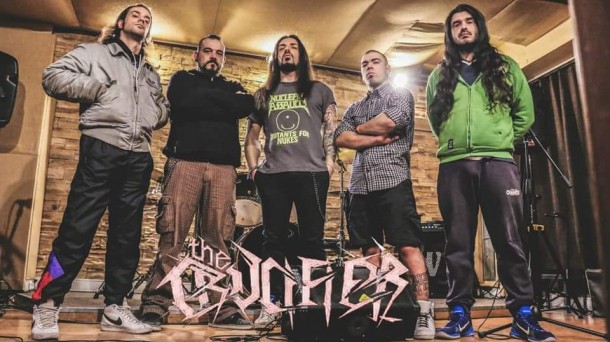 The Crucifier was formed in February 1995 by Hilas ëThanatoidí Kyriazis (vocals) and bass guitarist Giorgos Kyriazis in Athens. With three demos: “Infernal Pain” (1995), “Totally Madness” (1996) and “Fear Is Your Mind” (1998), and two EPs “Innocent World” released in 2001 and “Escape or Die” from 2004 and after two full-lengths, the debut “Merciless Conviction” (2002) and the last acclaimed “Cursed Cross” (2006), the band is ready to hit the market again! After several line-up changes, the band is now renewed and from 2007 and 2010 released four split album as well including the presence into “Thrash Metal Blitzkrieg Vol. 3″ underground cult compilation. During its career The Crucifier played many gigs around their Country supporting important international metal acts.