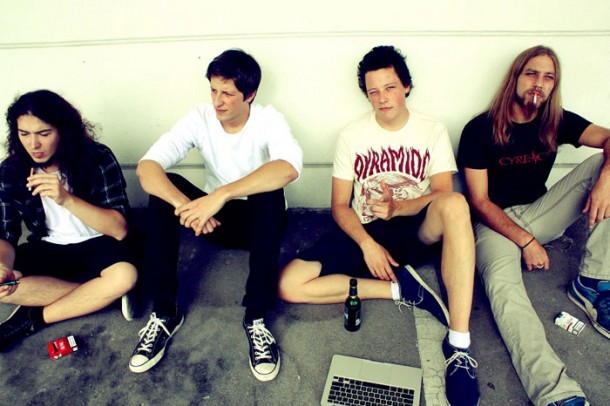 Running Death was born in 2004 in Kaufbeuren, Bavaria, by the intention of the guitarist and singer Simon Bihlmayer. Since from the beginning the group plays a metal pounding and heavy with references to the 80′s European speed metal plus an injection of smarty and refined technical songwriting approach.
The different cultural music backgrounds of the four members of the group provide a sound varied and stimulating, debtor of 80′s metal. The songwriting approach is always oriented to create powerful, melodic and catchy songs. The band has already released two EPs: “Raging Nightmare” in 2010 and the famous and appreciated mini album released in 2012, “The Call Of Extinction”. The debut, “Overdrive” was released in 2015 and got many great feedback from thrash fans around the world.