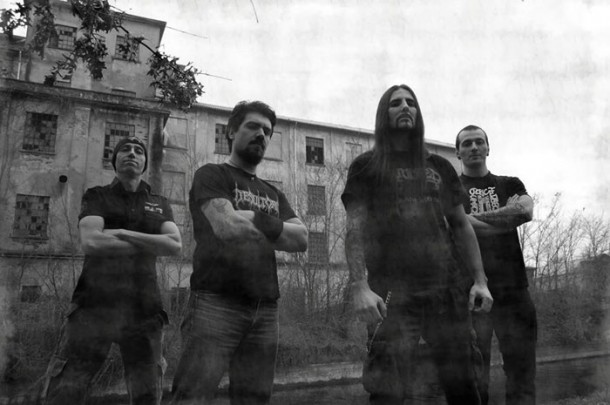 Band was formed in 2005 after long battles of ideas by Michael Kholmann & Dydacus. The group immediately turned his proposal of a classic American death metal style.
The early line up included: Dydacus vocals, Vincent on guitars, Michael Vanni Hate on bass and drums and focused its inspiration on band such a Morbid Angel and Suffocation. Then they released their first demo in 2007 produced at studios Alpha Omega by Alex Azzali (Ancient).
Onirik kept many shows in Italy and outside border. During the show they registered many sold out live dates …and sold out all the demo copies as well! In 2008 Onirik released a split album titled “Da Vinci Deathcode” with important death metal names as Septycal Gorge, Fleshgod Apocalypse and Modus Delicti. Thanks to an intense live activity the name of the group started creeping into the italian underground metal enviroment with good feedback.
After all these years Onirik shared the stage with major bands as Grave, Obituary, Carnal Forge, Hour of Penance, Master, Fleshgod Apocalypse, Avulsed, Fleshless, Decaying Purity… and many others.
After some line up changes, band released in 2016 its first full length album titled “Ab Initio”, produced by Maurizio Ferrero (Necromega, Drown My Day).