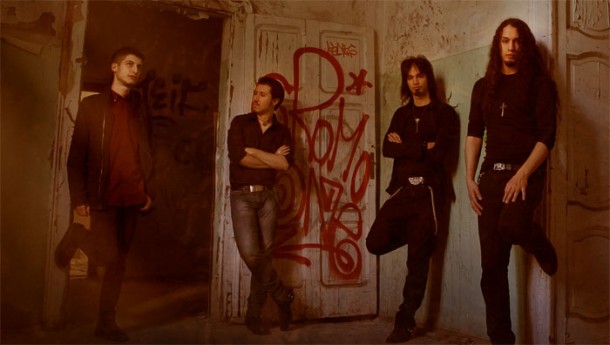 Myriad Lights was founded in 2006 in Gorgonzola, Milan, Italy by the 17yo guitarist Francesco Lombardo (ex-Highlord), who wanted to combine the classic Heavy Metal sound with more power and modern influences. After some lineup changes the band found stability in late 2010, besides Francesco on guitar, with Andrea Di Stefano on vocals, Giuseppe Lombardo on bass and the youngest Filippo Motta on drums. Throughout 2011 Myriad Lights recorded their debut album “Mark of Vengeance” owned by Simone Fiorino, released worldwide in June 2012 by Italian label Underground Symphony. After the release of the debut album, Myriad Lights has performed in many live gigs and festivals, touring Italy and abroad. “Mark of Vengeance” also made an important appearance in the historical “BURRN!” magazine (Japan) in the import album charts at the 33 rd position in January 2013. In 2015 they entered the SundOwner Studio of Marco Zanibelli in Arluno (MI), Italy, and recorded “Kingdom of Sand”. The 2nd album is more metal and aggressive, with some complicated steps, and studied songs and sounds. You can hear a new and regenerated style, with much more keyboards and also some orchestra arrangements played by the aforementioned session member Marco Zanibelli. After recording the new album, drummer Filippo left the band for personal reasons. Myriad Lights welcomes the new drummer Simone Sgarella (ex-Furor Gallico). Also the band add to the lineup an important refreshment with Lele Mr Triton on keyboards (ex-Highlord). The second album “Kingdom of Sand” is published in July 2016 by Italian label Punishmet18 Records.