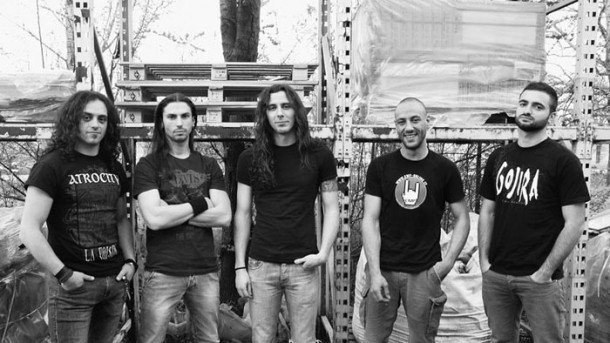 The band started its activity back in 2002, when they were performing under the name of Absence Of Light, playing some classic thrash covers and also some own material, which, in the end, never came to a record.
Then, some 4 years later, the band split and each member followed different musical paths: Alberto Dettori (vocals) and Mirko Virdis (drums) continued together with their existing brutal death combo Unbirth, as well as separately with Blood Of Seklusion and Trick Or Treat; Marco Quartieri (bass) joined Coffee Overdrive, while Luca Venturelli and Paolo Schioppa (guitars) participated in various acts in the local hard rock scene.

Despite all that, the guys never got out of reach from each other and so, at the very beginning of 2010 Luca started talking about his desire to join forces once more and focus on their own songs. The idea was immediately approved by Alberto and Mirko, who also called Unbirth mate Alberto Baroni to replace Paolo on rhythm guitar. The last to join the band was eventually Eddie Cantoni (Dumper), who took duties on bass. The time had come to choose a name and Mad Maze fitted like a (metal) glove!

At the end of 2010 the band self-released the Ep “No Time Left…”, 4 tracks of pure thrash metal in the vein of Exodus, Testament, Overkill.

The record was well received and, thanks to a modern production combined with an old school killer sound, the guys earned a record deal with the italian label Punishment 18 Records.

Due to his frequently work commitments, which prevent his full concentration on the band, Eddie Cantoni left madmaze and devote full attention on his main group Dumper. The bass guitar spot has been filled for a few months by Andrea “Kase” Casari.

After a period of composition during the first months of 2011, the band entered the studio to start the recording session of the first full length album, called “Frames Of Alienation”. Mirco “Mibbe” Bennati (Modern Age Slavery, Injury, Amassado) joined the band as a special guest to record the bass guitar parts.

Frames Of Alienation is mixed by Simone Mularoni at Domination Studio and mastered by Andy Classen at Stage One Studio; coming out in january 2012 via Punishment 18 Records Frames Of Alienation will bring you back in the 80s, featuring an astonishing cover art made by the great Ed Repka (Death, Megadeth, Toxic Holocaust, Municipal Waste).