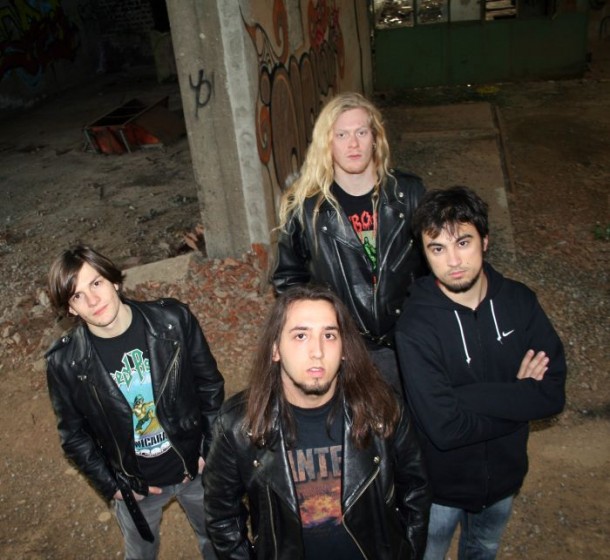 Inverno formed in the summer of 2008 composed Davide (drums) Frigo (vocals + guitar), Butter (bass)Pier (guitar), after a year spent to consolidate as a group and playing in many locals of Vicenza area they recorded their first demo called Thrashformers, composed by 5 songs + intro.

The band, formed by components having different musical influences found the balance in a thrash metal products with heavy metal influencies , which is reviewed by several webzines and metal magazines. This opens the door to a continuous live experience, not only in Vicenza (remember the opening concert of the ex-Maiden singer, Paul Di Anno) which takes the four to grow musically and consolidating their sound raw and evil without falling into the “already heard”, trying to sound originally and never unexpressive and keeping playing with the heart and the soul.

So, with a good quantity of material, in september/october of 2011, the four come back in Music City Studio,recording the homonymus first full-length “Inverno,” recorded again in Studio City Music in Montebelluna. In early 2012, ‘Inverno’ be released under the label Punishment 18 Records.