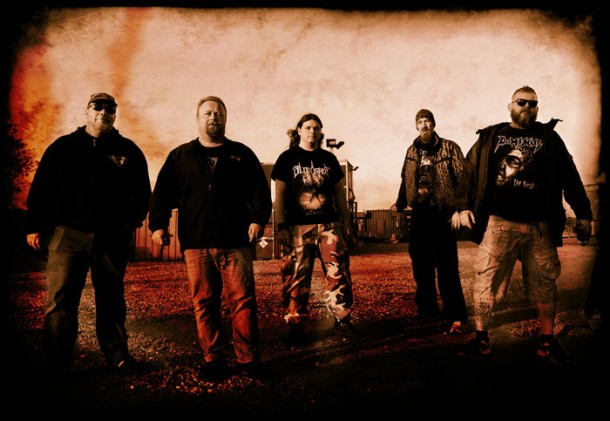 Infernal Death was founded in 1989, in Ringsted and Roskilde in Denmark, as a 3 piece death metal band: Drums, guitar and vocal. Later on two more members joined and the line-up was complete.
The band played lots of concerts in Denmark from 1991 to late 1993, released tow demo tapes and a track on the ‘Fuck You Were From Denmark Vol.2′ complication cd. But the band split up before they got signed for an album.
The members went on to play with such bands as Konkhra, Dominus (now Volbeat) and Illdisposed.
Infernal Death re-unioned in 2013 with 3 original members and two new, and have re-edited old tracks, and made new brutal old-school death metal.