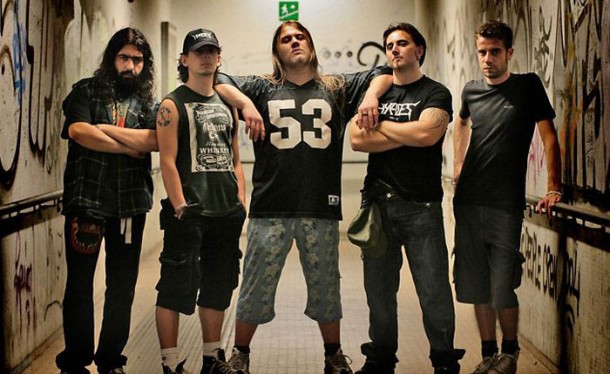 Four albums and still no ballads! “The Wolves Are Getting Hungry” is the result of almost 20 years of sweat, tears, fighting, being ripped off and, above all, enjoying and having fucking great time. A perfect blend of European and US old-school thrash metal: fast drumming, mosh guitar riffing, old-school screaming vocals and socially critical lyrics, combined with an oddball sense of humor.

Formed by guitar player Lorenzo Testa in 1996, Hyades found a record deal with belgian label Mausoleum Records, who released the 1st full-lenght “Abuse Your Illusions” in 2005 and then “And The Worst Is Yet To Come” in 2007, featuring a cover painted by Ed Repka. The band went on a European tour with legendary act Omen (US) then shared the stage with Tankard (GER), Onslaught (UK), Sinister (NET), Artillery (DEN) and many more, gaining a good popularity both in Europe and America. In 2007 they have been asked by  german legendary band Tankard to record a cover version of “Alien”, included in Tankard’s “Best Case Scenario” (AFM Records), while in 2008 Metal Hammer UK listed Hyades among the 30 most representative thrash metal bands, with Exodus, Forbidden, Municipal Waste and other legendary names. The band released their 3rd album “The Roots Of Trash” in 2009 and toured again Europe, before taking a break in order to concentrate on other musical projects and useless things like getting a real job and a family.

At the end of 2014 Hyades emerged from hibernation and signed a deal with Punishment 18 Records. Their 4th album, titled “The Wolves Are Getting Hungry” have been recorded and mixed at Studio Decibel (Italy) by the guitar player Lorenzo Testa and mastered at Stage One Studios by Andy Classen; it features a cover painted by Mario Lopez and inspired by Italian masterpiece “Il Quarto Stato” by Pellizza Da Volpedo.