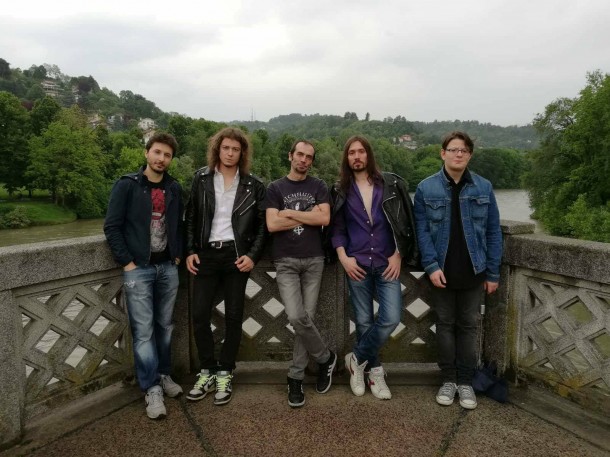 Hounds is an Heavy/US Power Metal band born in 2016 from an idea of Massimo Ventura (Voice/Guitar), Marco De Fabianis (Keys) and Cairola Enrico (Drums). The band was formed at first simply to spend time together and have fun, with no claim to play gigs nor to produce any record, with the only goal to reproduce the music of Savatage, historical band that even today remain the main influence of Hounds.
In autumn 2017 the band decide to record their first work, the EP Hounds, thus officially marking their debut in the Turin’s Underground metal scene and playing their first live show in November 25th in occasion of the 10th anniversary of Hateworld.
In 2019 they begin to play their first gigs outside of their hometown: in February 23th at Officine Sonore in Vercelli along with Alltheniko, and later, during the summer of the same year, the band share the same stage of some of the most iconical bands of the Italian scene such as Necrodeath, Stato Dassedio and Loculo, during Metallo Villano Open Air festival, in Genova. In October the band leave the Italian soil off to Germany, where they play together with the prog metallers Sweaping Death.
In 2020 Hounds become part of Punishment 18 Records roster and they finally release their first full-lenght album Warrior of Sun.