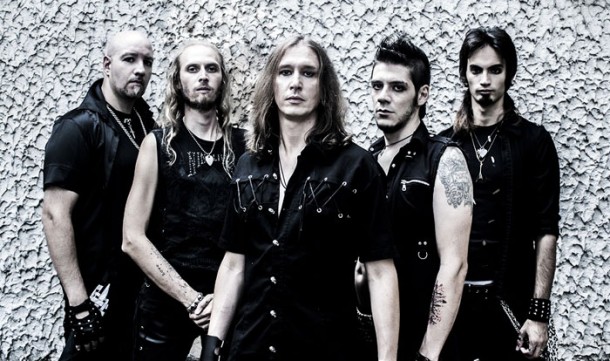 Highlord’s history started in 1996 when the band – back then still named Avatar – recorded their first demotape that also got them in touch with Northwind Records. In 1998 Vascè (vocals) joined the band, thereby completing the lineup. In the same year the band also recorded its first real album: “Heir of Power”.

Two years later the album “When The Aurora Falls…” followed as an improvement of what had begun with the first album. The album was recorded at the New Sin Studios which did an awesome job with the production for which the band is still grateful as the album marked Highlord’s entry on the Italian and on the international Metal scene. In 2002 Highlord contributed the song “Thor The Powerhead” to the Manowar tribute album “Revenge – The Triumph of…. Tribute to Manowar” publisched by Steelborn Records. In May 2002 Highlord also recorded another album: “Breath of Eternity”.The album was released in Japan by Sound Holic with the bonus track “Pegasus Fantasy”, a cover version by the Japanese Band “Make Up”. The song is also the opening theme for the famous anime series “Saint Seiya”. In December 2002 Arise Records published the second part of the Helloween tribute “Keepers of Jericho” to which Highlords contributed the song “Power” from “The Time of the Oath”.

In January 2004 Highlord recorded their 4th album “Medusa’s Coil” at the NewSin Studio. The album was released in Japan by Sound Holic with the bonus track “Cha-la head cha-la”, the opening track for the anime Dragon Ball Z. In June 2009 Highlord changed their lineup once again and recorded “The Death of the Artists” without their keyboard player Alex. The album received great reviews and is a step into a more Hard Rock and Old School Metal direction. The Japanese version features a cover version of Billy Idol’s “Rebel Yell” and “Zankokuna tenshi no teeze”, the opening track for the anime series Evangelion. In June 2012 the band recorded its 7th album “The Warning After” via Punishment 18 Records which also features Ralf Scheepers’ (Primal Fear) participation in the track “Arcade Warriors”. Cover artwork will be created by Felipe Machado who has previously worked with important bands like SoulSpell, Theocracy, Rhapsody of Fire, Blind Guardian, Axel Rudi Pell and many others.