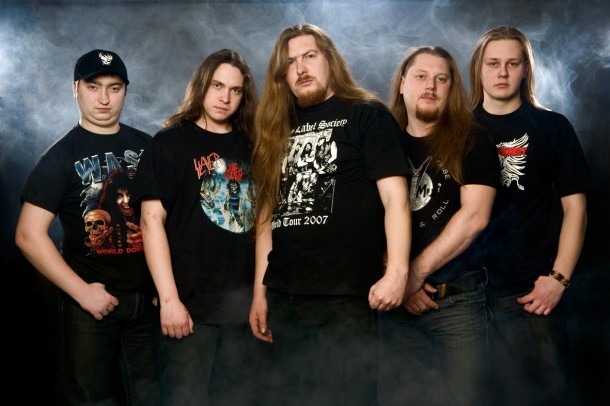 The band was formed back in 2007 by guitarist Nick Komshukov. Vocalist Alexander Ivanov joined the band in December 2007, and in this lineup the band started to conduct rehearsals under the name of Hell’s Thrash Horsemen.

In May 2009 the band made a decision to part with their bass guitarist Yegor Porotikov, who was replaced by Gleb Mikhalchenkov. They played some gigs, and finally in September 2008 proceeded to record their debut album “…Till Violence”. This first album was released on 19 March 2009 under Always At Records label. In spring 2011, the band received an offer from the Malaysian label Metal Zone Distro to record a cover version of the Malaysian band Silent Death. This offer has been gladly accepted, and right off in May a cover version of “Morbid Massacre” was done. The entire tribute compilation will be available at the underground market in 2012 under Metal Zone Distro. Meanwhile, the band appeared on stage in late August at the belarusian Metal Crowd Fest, staging together with Battlelore and Catamenia.

In February 2012, the band set off to their first mini tour in Italy. Another bass guitar player substitute happened in March 2012 when Konstantin Rodin was replaced with Stanislav Salnikov.