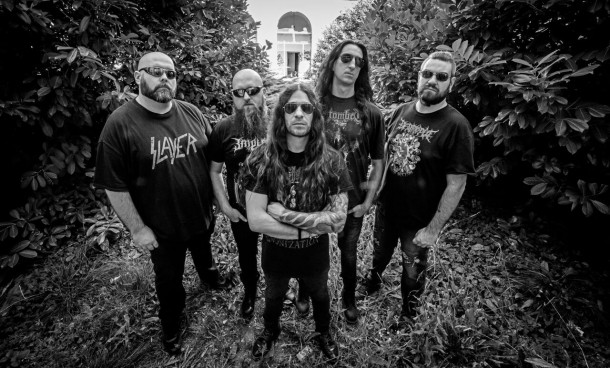 Grind Zero is a Death Metal band from Northern Italy formed near Milan in late 2011 by guitarist Udo Usvardi and bassist Alex Colombo.The line-up was completed by guitarist Mr. D aka “Dhilorz” (Ancient),drummer Alessandro Durini and vocalist Marco Piras (Deathtopia, Funeral Rape).In the spring of 2012 the band played their first gig having the chance to support Death Metal legends Entomber during their Italian show. A few months later Grind Zero played with Norwegian acts Diskord and Execration in addition to several more shows around Italy.  In December 2016 Matteo Amighetti and Grind Zero parted ways. Emanuele Prandoni was welcomed behind the drumkit as a session. At the beginning of 2017 Grind Zero started recording another three-track demo of crushing Death Metal with the infamous BOSS HM-2 sound and downtuned guitars, the demo was sent to various labels and shortly after receiving many positive feedbacks and interesting offers, 10 tracks of the upcoming second album “Concealed in the Shadows” were recorded by Alex Colombo at “Red Pigeon Studio” near Milan during spring and summer except for drums which were recorded in late June at “Ex Oblivion Studio” in Oristano – Sardinia, The album was mixed during November by Alex Colombo and then mastered by the famous producer and musician Dan Swanö at “Unisound Studio” in December 2017, concerning the album he said “Awesome Death/Grind that brings me back to the 80’s/90’s”. In January 2018 the band signed with “Punishment 18“ label and the release of the album has been scheduled for the 25th of May 2018. The band is currently planning an extensive tour around Europe to follow the release of their second album “Concealed in the Shadows” and also working on the new material for a new E.P. to be released at the end of 2018.