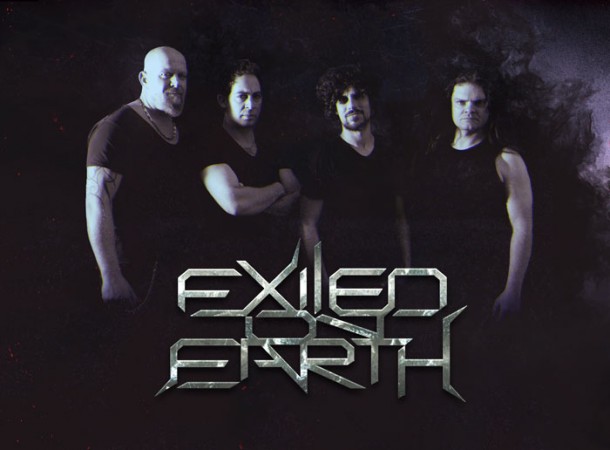 The band starts his story back in 2001 from the ashes of Malestrom, Tiziano’s former band which released a single demo cassette in the 1997. Since the beginning, the sound has been characterized by a strong impact with Thrash and Death Metal elements, but also with some more melodic components. The first demo, titled, ‘Duality Conflicts’, was recorded in 2002. It received quick responses and good reviews both on the web and on Rock Hard magazine. After that release, Exiled on Earth started an intense live activity gaining experience on stage and in 2005 recorded the second promo album ‘Seizure of Rationality’. This work was considered ‘top demo’ by Metal Shock and the band gained also a webspace on Rock Hard Online. Through the years, Exiled on Earth never stopped working on new compositions, songwriting, technique and activity on stage, trying always to improve the various aspects of its music. At the end of 2007 Alessandro Croce, one of the guitarists, left the band; after some auditions Leonardo Noschese joined the band as the new member on six cords. In the meantime band produced and recorded its first full-length album: “The Orwell Legacy”. In the late 2008 the band signed for USA label Zero Substance Records for the publishing of ‘The Orwell Legacy’.