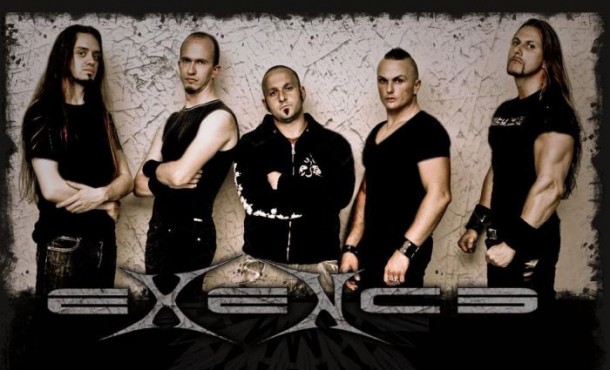 Exence (formerly known as Essence) were founded in 2000 by Max, who got in touch with Federico Puleri, Francesco Brizzi and Matteo Meucci in order to basically create a musical extreme project. Each member’s passion for two bands, particularly Death and Pantera is the common element, from compositive point of view, that leaves no doubts about the direction to be taken.

The trash-death with strong progressive influence became the label the band self-defines with and it was described in every reviews. After few months the band’s first demo entitled “Ferocity” was recorded in a small collector’s studio. It got excellent reviews in the chief web magazines, above all Max’s resounding proof who, with a way of singing both personal and inspired by Schuldiner’s style, brings out his qualities.

In 2002 Matteo left the band. At the same time, through an audition, Federico joined to the very acclaimed Olaf Thorsen’ VIision Divine, power metal band of worldwide fame. Personal and reflective texts written by Max, between feelings of hate and inner moods perfectly suit the complex musical proposal of the band. The band found both a bassist and a guitarist: Mirko Serra ( Frozen Tears, Onyricon, Tiat5, Arcadia ) and Emanuele Righi ( Weirdream ).

The band began to propose its new live- pieces in the most famous Tuscany places with bands of home scene such as Node and Coram lethe, winning a remarkable success. After 4 years the band felt up to recording the first Promo between 2004 and 2005. “Dynamics” was recorded in Head Studio .

The promo was masterized in the famous Zenith studios straight after. In 2006 Emanuele decided to leave the band, to dedicate all of himself to his project, and at the same time, Brizzi came back in the line-up after a stop which has been lasting over 1 year.

2008: The album is finally ready. After months and months of intense work (16 months! what the fuck!) Exence are really satisfied about the final result. Recorded as you porbably already know, at Head Studio and mixed at Not Quiet Studios the release date is set for April 2009 under Punishment 18 Records.