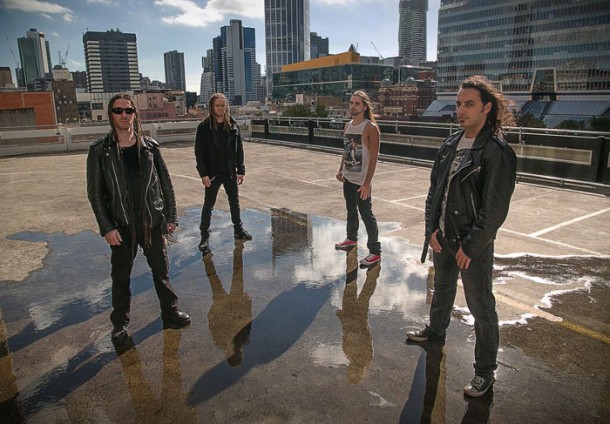 Envenomed are a melodic thrash band from Melbourne Australia who have been a consistent and dominating force on the local scene since forming in 2005. Influenced by the melody of Iron Maiden and Symphony X and the thrash and groove of Megadeth, Metallica and Testament to name but a few, Envenomed combine these two styles while still retaining the hooks of traditional heavy metal and world-class musicianship. After honing their craft on the live circuit, the band released their first EP in 2009. Packed with huge riffs, killer shred and massive vocals, it showed Envenomed at their raw, unrelenting best. After several line up changes that have helped the band shape their unique sound, 2014 sees them reach their most potent form with founding member Anthony Mavrikis (Vocals, Guitar), Adam Bartleson (Drums), Brendan Farrugia (Guitar) and Liam Wagener (Bass) combining to deliver the their best material to date. Envenomed’s debut full length album “Evil Unseen” is ready to be unleashed upon the masses, and the band are set to blow the minds of their dedicated fan base and anyone else that is prepared to tangle with their sonic sorcery.