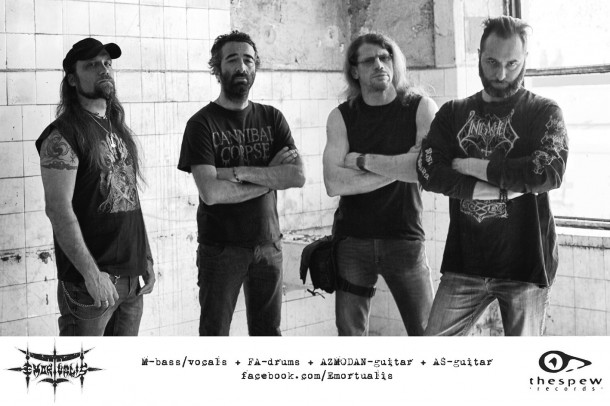 Emortualis formed under the name Hellraiser in 1989 to play pure death metal. After some rehearsals and gigs, the demo titled “Written by Death” was recorded in 1991. The band played many gigs in northwest Italy supporting important undergroung act such as Alligator. The band ceased to exist in 1993 due to some personal problems. In 2014 the old freaks decided to restart with the band. With the same pure spirti of the beginning, the band started to play death metal again, same attitudine of the old roots of evil. In 2009 the compilation “Re-Writted by Death” was released as new effort, to say everybody that the band is on the road again! In 2016 the new member AS joined the band as rhytmin guitarist. A new Emortualis era was officially born!