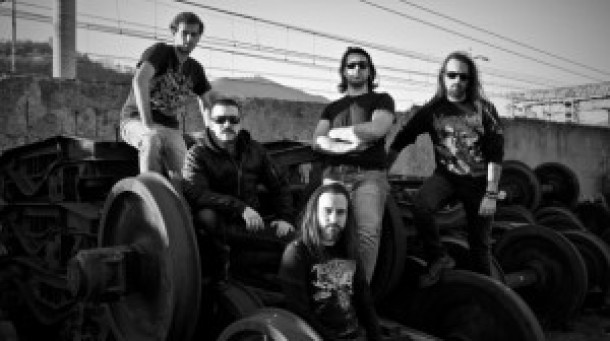 DevastatioN Inc. was born in Genoa in summer 2013 from an idea by Alessio; Gaglia (voice and guitar). After a short period Nicolò Parisi (drums), Giorgio Vianson (bass) and Gianni Marceddu (guitar) joined the line-up; the latter left the band for various reasons and was replaced by Samuele Della Valle (solo guitar). After a year of composition, live, rehearsals and a three-song demo, in the summer of 2015 the band entered Fabio Palombi’s Blackwave studio to record their first album, No way for salvation, whose cover was edited by Mario Lopez, which was marketed under the ETN label and distributed by Punishment 18 Records both physically and digitally on November 30, 2016. During the release party the band recorded the official live entitled Devastating the stage avaible on You Tube and susequently followed an intense live activity follows which saw the band participate in numerous events and share the stage with artists such as Onkel Tom, Exumer , Gama Bomb, Schizo, Distruzione, Game Over, Vexovoid and others of national and international fame.
In November 2018 Alessio Gaglia left the band and was replaced on guitar by Caesar Remain and Federico Benizzelli on vocals which led the band to become a quintet. Following the publication of the video clip of the single Spear of victory on You Tube, the band concentrated throughout 2019 on the composition of songs for the second album. At the end of the year, Devastion Inc. returned to Fabio Palombi&#39;s Blackwave studio where in January 2020 the band recorded the second album with titled Beyond the shape of violance, to be released and distributed by Punishment 18 Records.