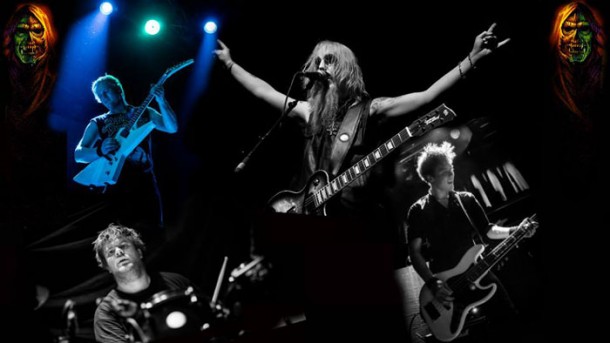 Formed in 2005, Norwegian band Critical Solution got serious in 2011 after starting to work with Andy LaRocque in his SonicTrain Studios in Varberg, Sweden. While the band’s first full-length (“Evil Never Dies”) was more of a pure thrash through and through, the band has grown over the last years! The band plays thrash metal with horror storylines and sounds never heard before – which makes it Horror Thrash!
Some guests the band have worked with are: Andy LaRocque (King Diamond), Michael Denner and Hank Shermann (Mercyful Fate), Whitfield Crane (Ugly Kid Joe) and Mika Lagren (Grave). The band’s first European tour visited 13 countries while supporting Marduk and Grave in 2013. After supporting Diamond Head in 2014 the band did 10 shows as support for W.A.S.P in September/October 2015. Like its precedessor “Evil Never Dies”, the secondo effort “Sleepwalker” is a concept album with a storyline so evil and scary it will melt your face!