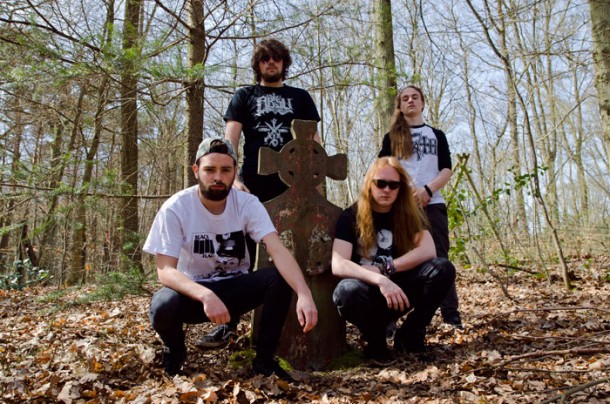 Bloodrocuted is a young thrash metal band founded in 2010 by Daan (bass/backing vocals) and Bob (lead guitar & lead vocals) at the age of fifteen.
In 2012 the line-up became complete when Jason (rhythm guitar) and Gaëtan (drums) joined the band.
In 2013 they recorded their first album “Doomed To Annihilation”. Only six months after “Doomed To Annihilation” got released, they set loose their first demo-tape called “Persecution of the Misanthrope”, a limited edition of 100 pieces. But it can be found online too. Since the first show (early 2012) they’ve played over 50 gigs in Belgium, supporting bands like Skeletonwitch, Havok, Hail of Bullets, Melechesh, Angelus Apatrida, Bonded by Blood, Hirax, Diablo Blvd, Darkness and many others.
In the summer of 2014 the music for the second album, “Disaster Strikes Back”, was finished. In August the recordings started and about 14 days later the album was finished. Writing the music for the second album, theyíve found the style they really wanted to play. Inspired by their biggest influence, Suicidal Angels and bands such as Havok and Fueled by Fire, they came up with the sound that satisfied them all. It’s more mature, has more variation and kicks ass harder than before!