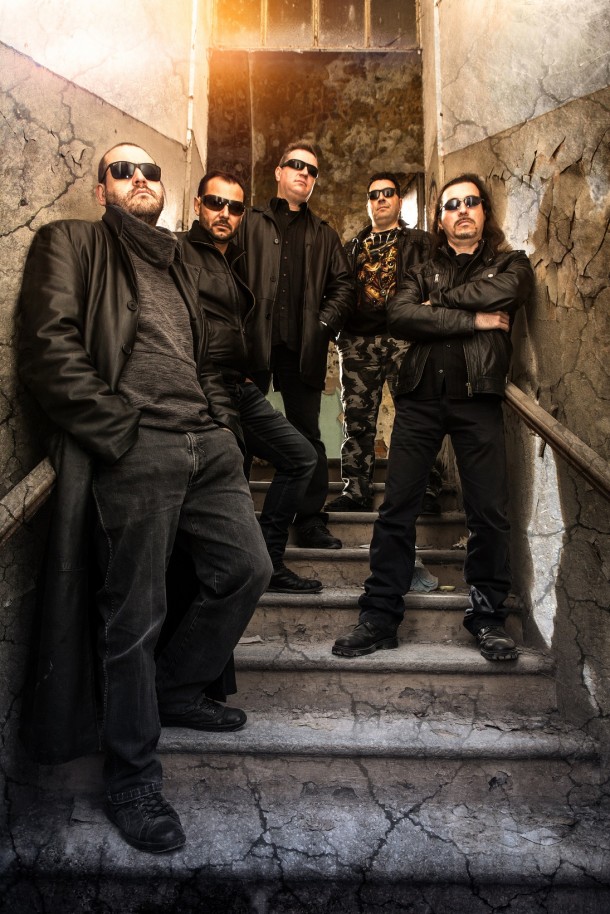 In late 2014, with his main band on a pause, after the release of their 5th album “Paintropy” and the end of the following tour, Mesmerize bass player and main author/composer Andrea Tito decided to take advantage of this free time to start his brand new band, Black Phantom. He then recruited his long-time friends and Mesmerize band-mates Andrea Garavaglia (drums) and Luca Belbruno (guitar), plus the extremely talented singer Manuel Malini and guitar player Roberto Manfrinato, both coming from the well-known classic metal cover band Eruption, in order to create a band of professional musicians, with over 25 years of experience in the Italian metal scene. During 2016, a bunch of ten good old traditional Heavy Metal songs, which have been staying in Tito’s closet for almost a decade, plus one obscure Iron Maiden cover have been arranged, recorded and set to get a proper, official release in May 2017 under the Italian label Punishment 18 Records. Black Phantom will tour extensively from May 2017 onward to support their debut CD, plus they are already hard at work in writing the songs for their second album.