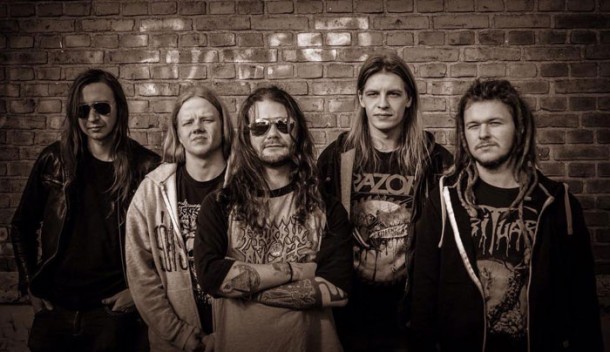 The band was formed in febuary 2008 by Chris, Andreas and former rythm guitarist Dennis, shortly after the demise of their former band Abattoir.
The first rehearsal demo was recorded in 2008 and pressed on tape in 15 copies given to friends.
Shortly after, Dennis left the band and the band went on ice until the summer of 2009 when Jannick joined as both first and current bass player.

In 2009 the demo “Born In a Beaker” was recorded and released by the band itself in 100 copies on tape, and was spread throughout the danish underground paving the way for the first gigs – the first being with Crematoria and Pagan Rites in april 2010, and the second in July at the Metal Magic Festival – accompanied by Atziluth on Live-guitar.
Atziluth was soon replaced by Jeppe Campradt until the summer of 2011 where Jeppe became the current rythm-guitarist in Battery.

2013 will see the release of the first full-length album by Punishment 18 Records, containing 11 tracks of frantic and intense Thrashing Speed-Metal fury!!